Mathew took the risk of travelling to Jos to visit an old family friend. It was really the first time in his very existence of making such a long distance journey. While he was busy looking through the window of the car, memories of the past, sharp as a sword pierced his heart. In a short while, he fell on a trance. He remembered his childhood which was more filled with thorns and perhaps a stunted rose flower. Mathew lost his father in a tribal war. His mother managed to take care of the family with the help of Uncle Jude, his father’s relative. That help did not last long as Uncle Jude terminated his life in his quest for fast money and he was killed in the process. Mathew managed to struggle with the mother for the upbringing of the family.

Mathew was still recalling his past memories when a Desmond, who was on the same bus came and sat beside him with these words: “Young man, I have something to share with you. I believe you will like it because today is ‘Lovers day’. I will explain to you my own view about love. Just listen to me, but please don’t interrupt me”, he appealed to Mathew. Mathew promised to respect the order. Desmond started all over again:

Loving is an act which every individual desire for himself and perhaps for others too. This act though seemingly a natural phenomenon is very hard to come by because of the threefold involvement,(namely: love of God, love of self and love of neighbour) harmonious to a well-worth practise of it. Moreover, just like any other reasonable act of man, it demands fundamentally some guiding principles for its fruition.

Each time I attend a burial ceremony of a beloved one or even anyone I am not intimate with, I always come back full of thought, full of wonder. I do not really know if to pity the dead person or myself whose struggle for existence must necessarily go on. I will be compelled to ask again those unanswered questions: what is the meaning of life? What does one gain by living? What does he lose by dying? These and other likely questions have forced me to search deeper into the meaning of our existence.

Love is the answer. It is love that is all in this great universe we call ours. But what is love? Love is the strongest force that binds things, it stubbornly resists being separated from its object no matter the threat, no matter the danger.

I have personally so experienced love in my life that to hide this great drive in me and surely in others will be a great injustice to the human race which is presently kneeling cap-in-hand begging to be liberated from the vicious circle of lovelessness. As I am saying these words to you, I look around me and notice that more than ever, everything is yearning to love and be loved. But the question still remains, will the modern man or woman, boy or girl ever know true love when he or she experiences it. Is love a sin? Can the modern man distinguish between love and sex?

Love governs the universe in such a way that nothing disobeys the rule. Just as night must necessarily follow the day, none makes a leap, none is greedy, none is irresponsible, so it is the wonderful nature of love.

Some people would not accept that there are different types or qualities of love. Rather they hold that it is the same love, the same feelings and passion expressing itself in various manners.”

Desmond told the story of a young man by name, James. According to him, when James was eighteen years of age, he fell in love with Agnes, a girl from his town. Both of them were not just mere friends but they aspired to extend their love as couples. During the course of his university studies, James discovered that he had cancer which has almost damaged his kidneys. He felt so bad and depressed. No one knew about his condition of health apart from his medical doctor. The day of his matrimony was fast approaching, but instead of seeing his long-expected desire fulfilled in his beloved Agnes, he was lost in confusion. He did not want Agnes to suffer in the future since the doctor has already declared and explained to him his state of health. James neither had no money to undergo surgery nor had he anyone to donate a kidney for him.  Unknown to James, Agnes was done with all the preparation for their wedding: video coverage, wedding gown and suit, wedding rings, cake, invitation cards, just name it. An action stroke James. He summoned the courage to voice out his hidden problem to Agnes. He was convinced that after revealing his secret to her, Agnes will abandon him and look for another man to marry. As providence would have it, Agnes assured him that she was prepared to share all the joys and sorrows of this life with him. James gladly prepared himself for another check-up before his wedding day. A miracle took place in James life. His cancer problem vanished and the result of all the medical test was negative. The news went around the whole town. People rejoiced and praised God with him for the healing he received. Every media house had James story either as a piece of breaking news or the cover page of their newspapers. In his speech, James thanked God for the gift of Agnes in his life and encouraged others who may have the same or similar problem to be positive in their thinking because they will also experience healing in the near future.

Two weeks after James wedding with Agnes, the worst came to place. James was visited by the cold hands of death. In his pocket was discovered a small message for Agnes. The message reads: “Agnes my love, it is not my wish to leave you. The very first time we met, I could not control myself. When I came into your life, in the days of our early beginnings, humble beginnings, I came to you with nothing. I shared with you all my hard moments and troubles. Now that I’m ready to go, I promise you, my love. My spirit will always be near and around you to shelter you in your daily struggles. Though I lay here helpless, I shall pass this way but once. I did not choose it for myself, it is my destiny I have accomplished. May God keep you safe. Goodbye”.

Mathew was full of joy after the lesson or share of thoughts by Desmond. On getting to the last bus stop, he thanked his stars for the wonderful opportunity he experienced, though a lesson of life for him. 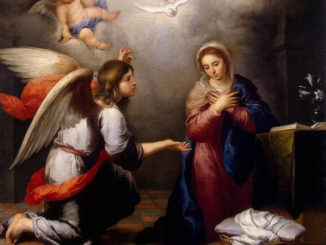 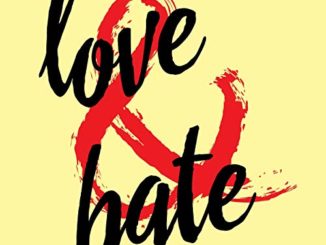 From LOVE to HATE 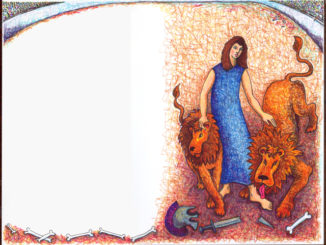