This has been a very hard year. How do you think it has affected us?

It’s so sobering that basically we have a 9/11 every day in terms of the number of people killed by this coronavirus. And on the one hand, I think we are learning to be resilient and creative and all those good things. But I think also we’re kind of becoming callous. I think people when things become more routine, the stakes or the fear, that sometimes lessens as well. Because it becomes a little bit more routine and you build that into how you see the world and it does become sort of normalized.

And that’s something that I think we’re seeing with the fires [in Australia and California that have been associated with climate change], with the police shootings, with these crazy conspiracies that are driving decision-makers. So I don’t know if “callous” is the right word to describe what we’re becoming, but these things that we’re seeing as tragedies are becoming more routine and we’re thinking that they’re normal. But when you have a 9/11 every single day, that’s not normal.

You mentioned conspiracy theories being pushed by some elected officials, such as the president and members of Congress.

Conspiracy theories are functional. I mean, there is a role for them in societies, and it’s usually when people are feeling out of control, they need to have some sense, some semblance of control and understanding, and conspiracy theories sometimes allow people that. And I think we’re seeing that in particularly among people that are White working class that have not been making it over the last decade. And I think, Trump actually fueled that in people with that particular mind-set.

We’re living increasingly, in a society in which people — in the same society — have radically different worldviews. I mean, they just see the world differently.

The pandemic has been especially traumatic for people of color. It seems like those communities were abandoned by the government, by the public health system, by the economy.

What this pandemic has done, so poignantly, is shown how race and class and gender in some respects are working in society, because there are a few of us that with the stock market, we made more money this year than any other year in our lives. But other people lost their jobs and here in North Carolina, they evicted people on Christmas Eve; it was embarrassing. And so people are losing their houses, losing their jobs, holding on to whatever little stimulus check they have, while other people are just making money hand over fist or can work from home and keep getting paid exactly the same every month, or teaching from home, but others have just lost everything. And so it’s showing, quite literally, the class structure in the United States, the racist, classist society that we have.

But is making us more empathetic, sympathetic or understanding of the plight of people who are suffering?

I hope so. One glimmer of [hope from] the protests this summer was it was by and large a multiracial effort, mostly by young people. And that, I think, gives me a little bit of hope that the youth this time around may be a little bit more inclusive. But I’m not sure.

Yes, because for all the talk this past summer of a racial reckoning, a lot of people voted for Trump, who this year increasingly embraced rhetoric and a message that appealed to White identity. Then after he lost, he and his supporters wanted to disenfranchise Black voters, attacking the results in Detroit, Milwaukee and Philadelphia. Some have said it’s a bid for minority rule.

It’s going to be a test of democracy, won’t it, once White people are no longer in the majority? One of the very informative books I’ve been reading was Isabel Wilkerson’s “Caste.” One of her points is that [racism] has always kind of been here. The changes during the civil rights movement were not super durable and the backlash with Obama, a lot of that came back or was unmasked, I don’t know what the right word is, but it showed itself in these sort of racist forms and it became okay again to have, not [former Alabama] Governor Wallace saying “Segregation today, segregation forever,” but closer, in terms of really doubling down and defending these Confederate monuments and the like and the protests in Charlottesville and some really naked racism that has been shown.

And in some respects, again what we’re seeing, I think, is more of these divisions — even with some of the young folks recognizing and reckoning with the movement for Black lives and addressing anti-racism. On the other hand, I think other people are sort of going, I don’t want to say backwards, but consolidating whiteness and trying to hold on to power by any means necessary. And by doing that, it’s not just dog whistles, it’s sort of trumpets.

I know you don’t have a crystal ball, but, you know, what happens if we just continue to go along, divided like this?

I don’t know. A lot of people don’t fully recognize it. Is that why there has not been a majority of White people who have elected a Democrat since LBJ. And that’s a troubling pattern. And if that doesn’t change, I don’t know. It’s just going to be a real test of democracy in the next 25 years. But if we want to hold onto democracy. I think the way we do that is through coalition building, because without that, you get Trump [as president].

How would you sum up this past year, and what it said about race, class and identity?

It’s emblematic of Trump, it’s almost metaphoric. We’ve said he has changed the norms of the presidency, but 2020 changed the norms of American society. At the same time, however, it rigidly defined patterns that have been systematic and has been building for the last 50 years.

I’m always a little optimistic, and I hope that we learn to understand and be more empathetic across race and class lines and really try to understand and feel the anxiety, the fear of people who are not making it in America, whether they’re White or Black and really trying and also then understand how the super rich are just becoming even more rich, all the while poor people or middle class are stagnant.

I also think understanding how social media is cultivating groups with very different worldviews means that we have to think not in terms of integration or assimilation, but to function in more of a pluralistic society. And I think that’s going to be key. And if we can do that, I think we might have some hope.

Can you elaborate just a little bit?

For so much of American history, we’ve been sort of enamored by assimilation, whether it was racial uplift in the Black community, like the talented tenth leading the charge, as well as many immigrants, trying to learn English and sort of blend in and assimilate.

And that has been effective in a large measure for many, many years. But what social media has done [is] it’s enabled us to literally have different worldviews. And so people aren’t all speaking different languages and see the world through very different lenses. And there are societies in India, and other societies where different nations are made up of very different cultures and very different religions. And in order for those societies to come together, it’s called pluralism. And so people can have independent cultures and ideas but still have a national society going in a particular direction … I think people have to do the work and not just say, “Oh, those Trump folks are wackos” or they’re crazy because they have a particular worldview. It’s just operating in a way we don’t understand. But you have to just trust that they’re not just wacky, that there’s something going on there, even though that’s hard to do. And other people have to understand why are you so angry over this police brutality? You’ve got to understand how people see the world. To me, that’s going to be the key to America’s success, not necessarily pluralism, but finding that common ground, but also understanding that people see the world very differently.

Arsenal manager, Mikel Arteta, was challenged by one of his squad members during a recent team meeting, the UK Mirror reports. Arteta is still dealing with tension inside the dressing room, despite the team turning […] 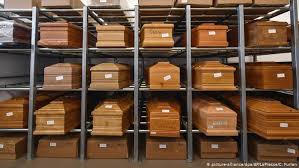 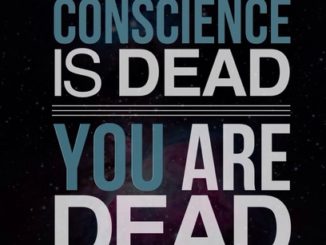 A man with a dead conscience 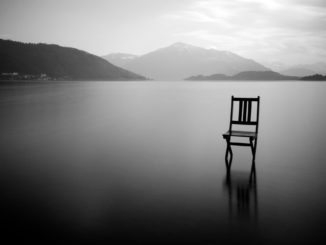 The silence of life 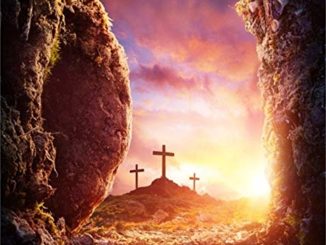 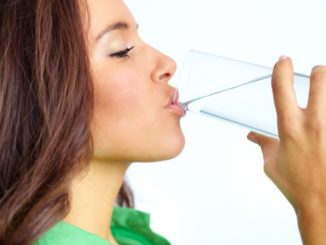 Drink a cup of water